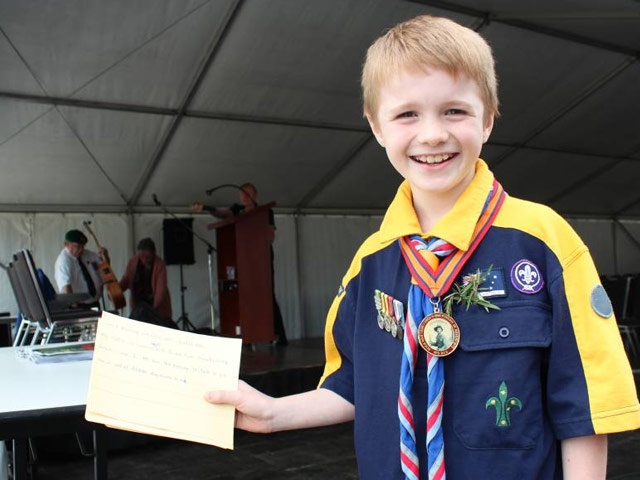 Anzac spirit: Nine-year-old Lawson Doyle with the copy of his neatly handwritten speech after the service.

Nine-year-old Lawson Doyle of 1st Hawkesbury Scouts himself embodied the Anzac spirit as he won the hearts of all those present at Richmond Club’s Anzac Day service, with a stirring speech about what Anzac Day meant to him.

Lawson was the last of six local schoolchildren presenting short speeches at the service, but almost got overlooked when Richmond Club Group Vice Chairman Garry Watterson thought they had all spoken.

But Lawson – decked out neatly in his Scout uniform with his uncle’s medals hanging on the right side of his chest – bravely put his hand up, stepped forward, and borrowed a chair to see over the lectern.

“I am sad all those men and women died at war, but I am happy we commemorate this day so we can remember all those people that died at war,” he told the service, referring to the speech cards filled with neatly handwritten notes he had accidentally dropped after climbing up the chair.

“The Anzac spirit shows us strength, bravery and courage.”

Lawson told the story of his uncle, a Special Forces soldier who has served in East Timor, the second Gulf War, and Afghanistan.

“He puts his life on the line so we can have a better life and I love him for that,” Lawson said. “As I grow to be a man I will do all I can to honour the memory of all who have served our great nation, Australia.”

Lawson received a rousing round of applause as he climbed off his chair, and said after the service ended that the speech had taken him “ages” to write.


Read the full article online from the Hawksbury Gazette 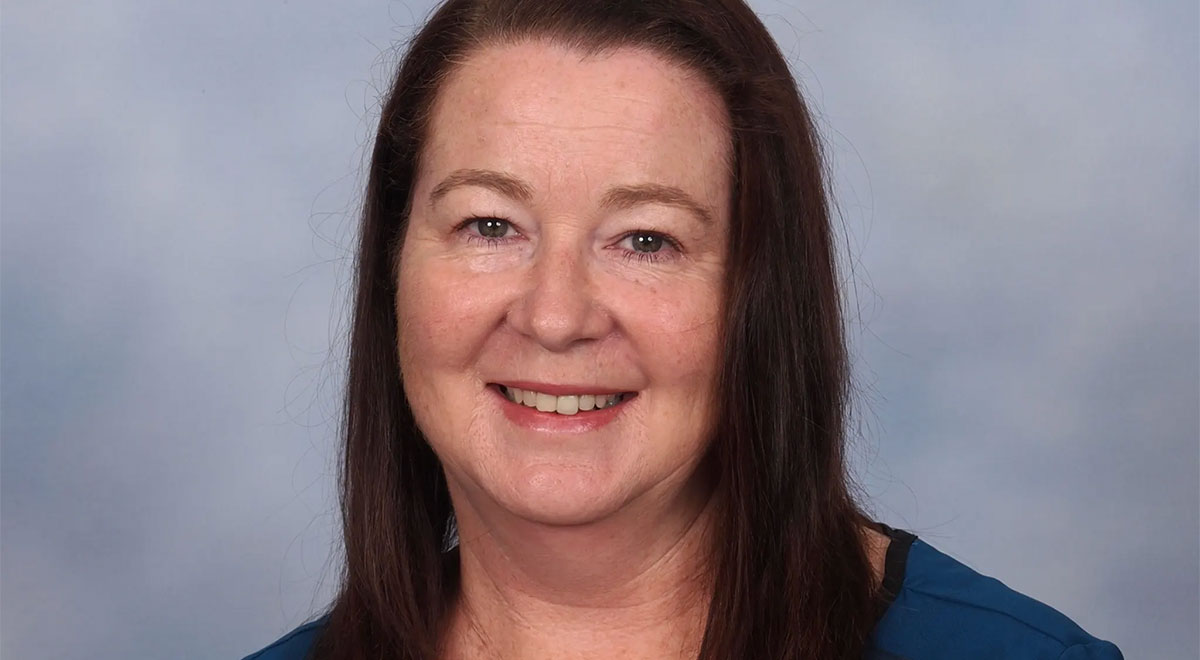 ‘I love working with children’: Having a part in teaching future generations is a privilege 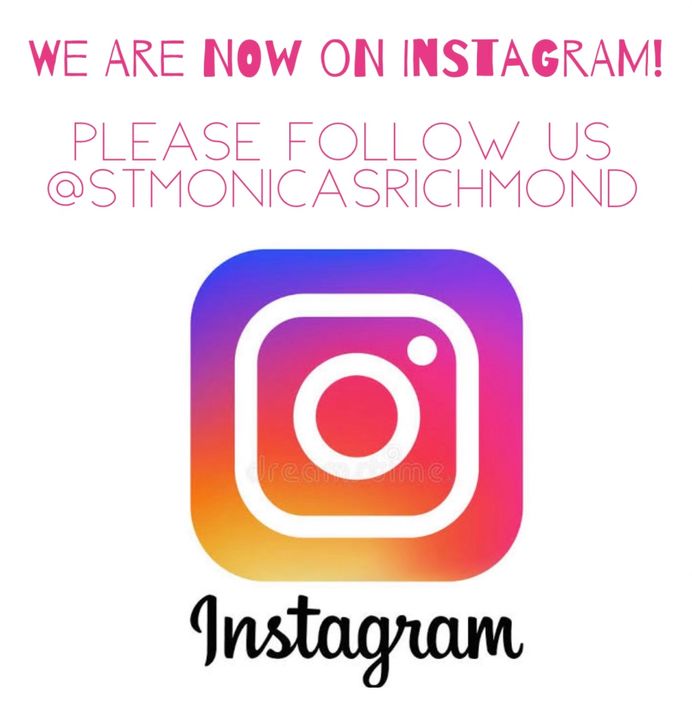 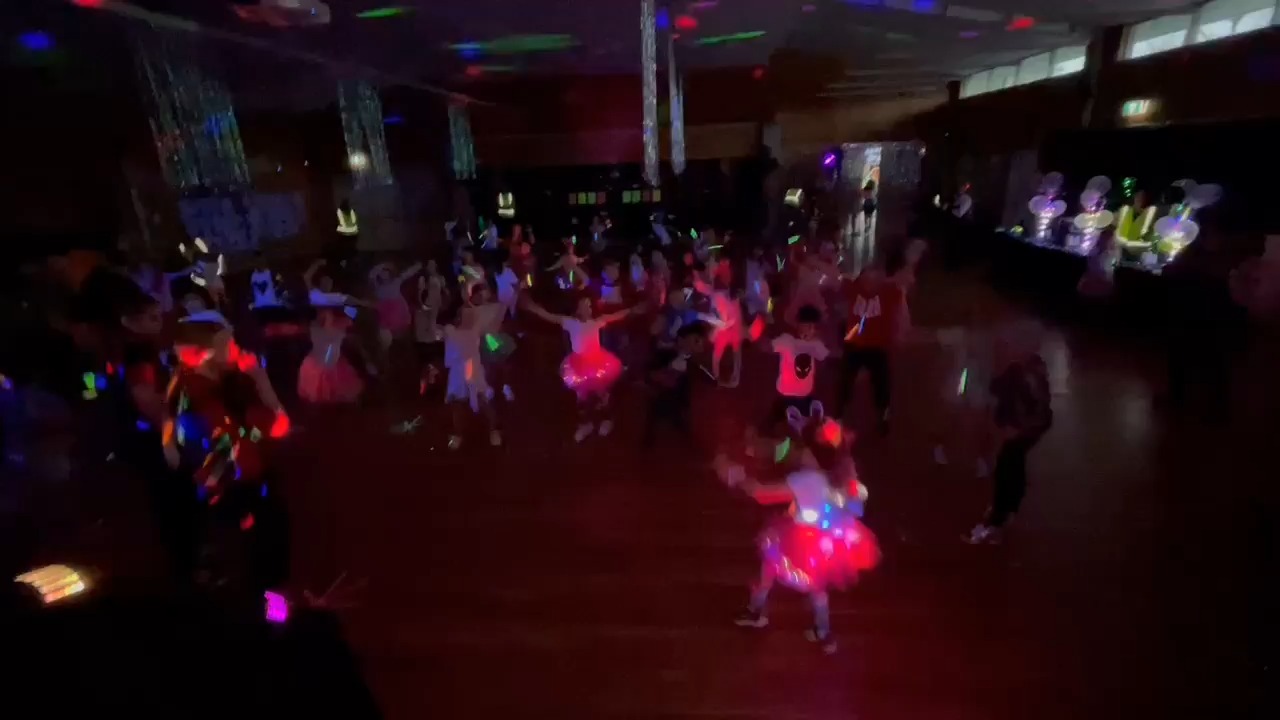 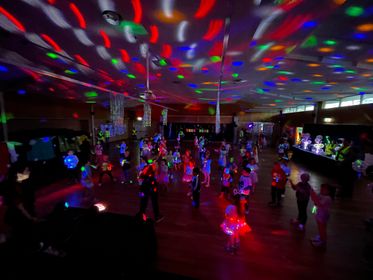 What a fabulous start to the holidays we had at the "Glow Disco!" The hall was transformed and the students danced the night away. Thank you to our amazing P & F who worked so hard to make the night happen. A big shout out to Dance Fever who kept the music coming and the dancers energised and to Gassd Fire Pizzas and Dutch Pancakes who kept everyone well fed. Enjoy the photos. 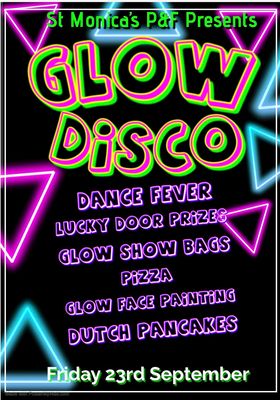 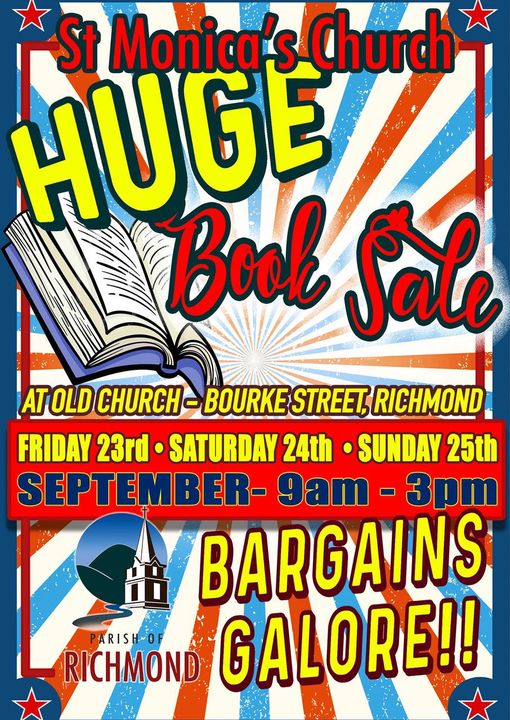 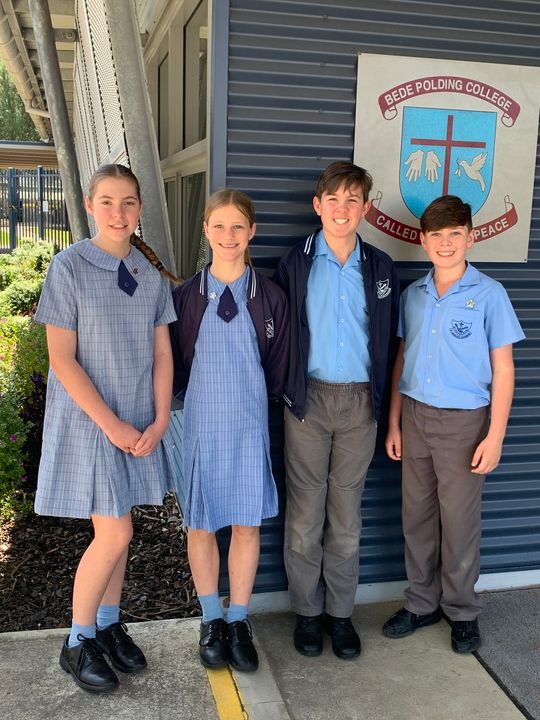 Thank you to our school captains Anika, Alex, Patrick and Max who represented St Monica's today at the Bede Polding Year 12 Graduation Ceremony. They were entrusted with the leadership symbols of the Catholic Cross and Aboriginal Coolamon which are reminders of our connection to the land and our Hawkesbury Catholic Community. They will return the symbols to the College in Term 4 when the 2023 leaders have their investiture. We wish the class of 2022 all the best with their upcoming HSC exams. 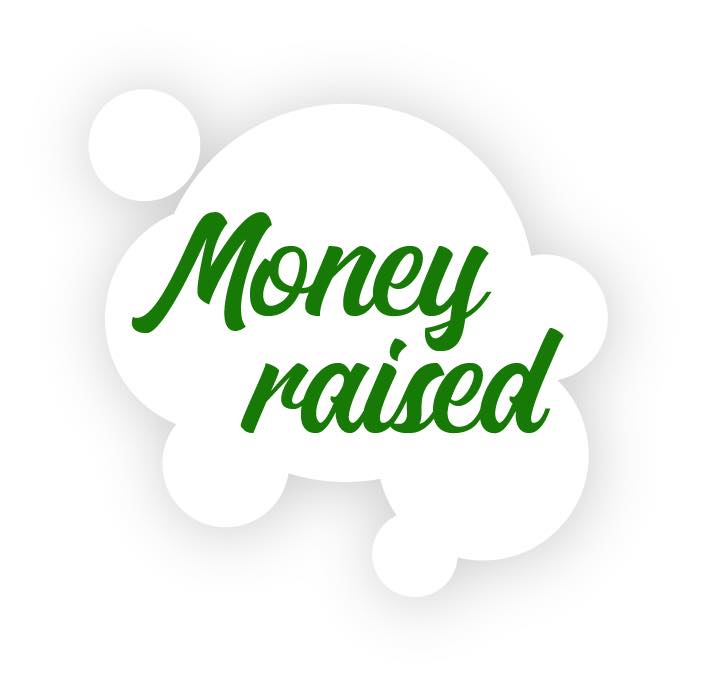 Due Wednesday…. Don’t forget to send in your SPORTS-A-THON sponsorship cards so we call tally the stage who has raised the most ones so far….. who will it be???? 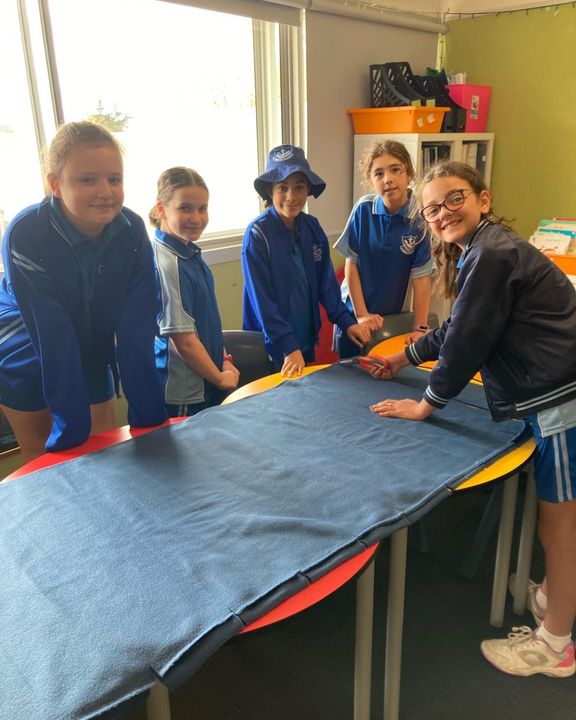 A group of Stage 3 girls have been making scarves for those in need. Hawkesbury Community Kitchen will be handing them out. Thank you girls for helping others stay warm on a cold night. 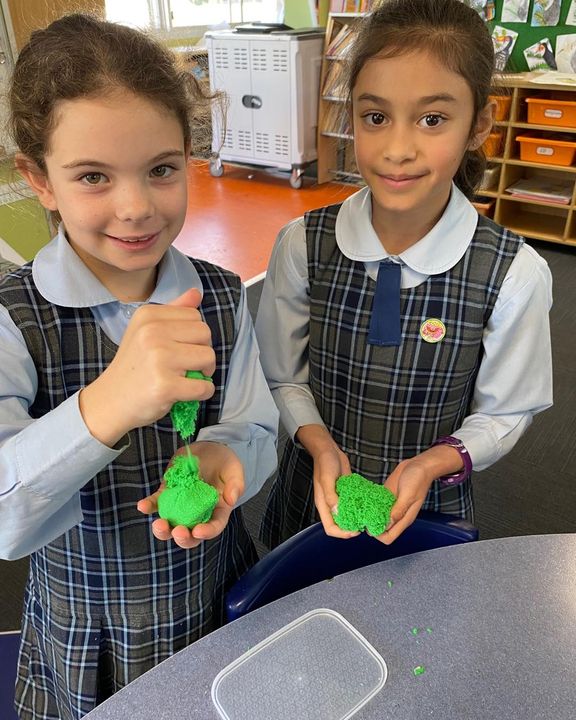 Stage Two are learning about different states of matter how matter can change from a solid to a liquid to gas. We followed an experiment to discover non-Newtonian fluids oobleck and kinetic sand. Ask us about why following a method for an experiment is so important! 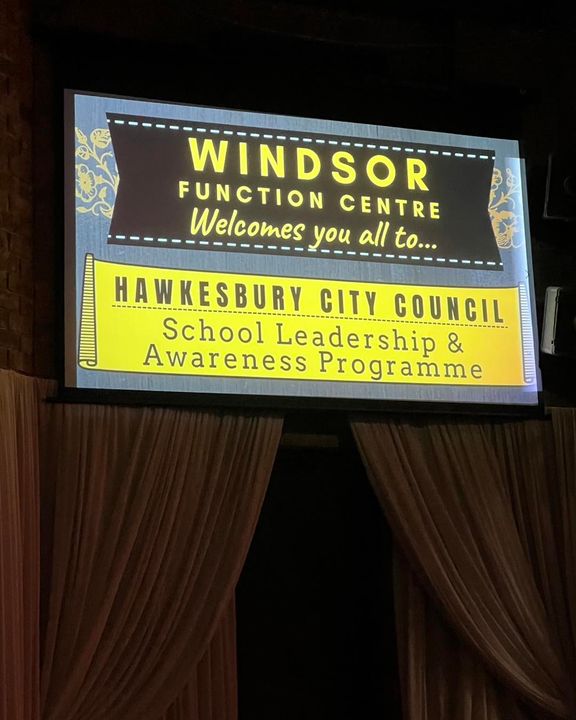 Stage 3 were invited to School Leadership and Awareness Program at the Hawkesbury City Council . They were greeted by the Mayor Sarah McMahon. The students had an opportunity to sit in the Chambers and role play how decisions are made at council meetings. They discovered all about the roles and responsibilities of Local government. 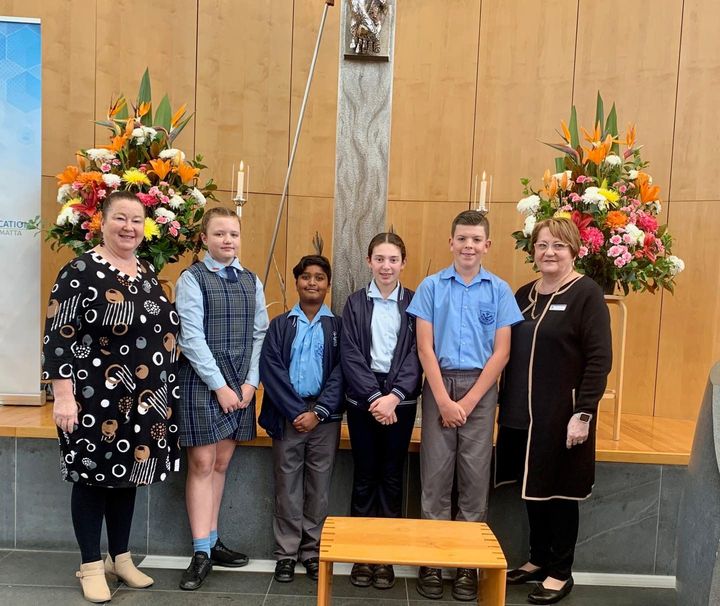 Mrs Beggs and Mrs Ryan were very proud to accompany four of our stage 3 students - Makayla, Evie, Zac and Rohan to the annual Education Mass at St Patrick’s Cathedral, Parramatta today. Our four representatives enjoyed celebrating Mass with students from our Diocese, then walked around the Expo of services that support people of the Diocese, including refugees, disabled and the homeless. Thank you to Bede Polding College for transporting us safely. 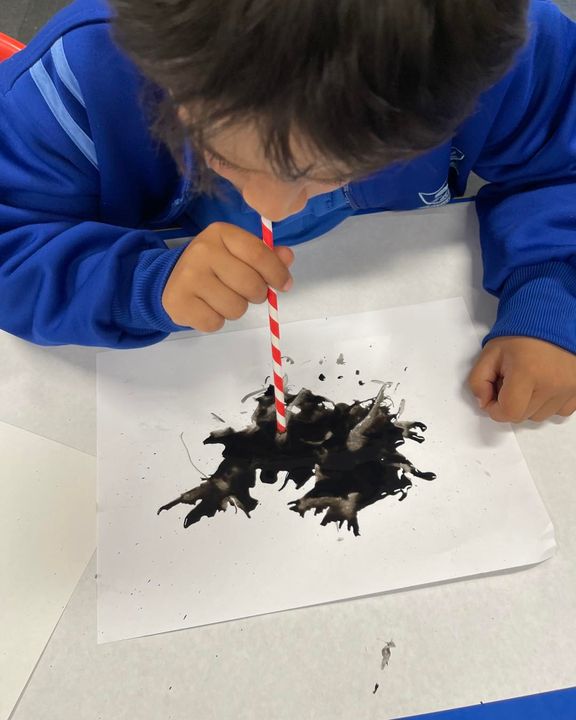 Early Stage 1 have been exploring the artistic style of Jackson Pollock. We have learned how to use different breaths and move the straw to make different kinds of strokes. We explored the different techniques such as blending, movement and blowing, to create abstract art. We went for a gallery walk to see our artworks and talked about appreciating and making meaning from our artworks. Some observations were “It looked like rain splashing the ground”. 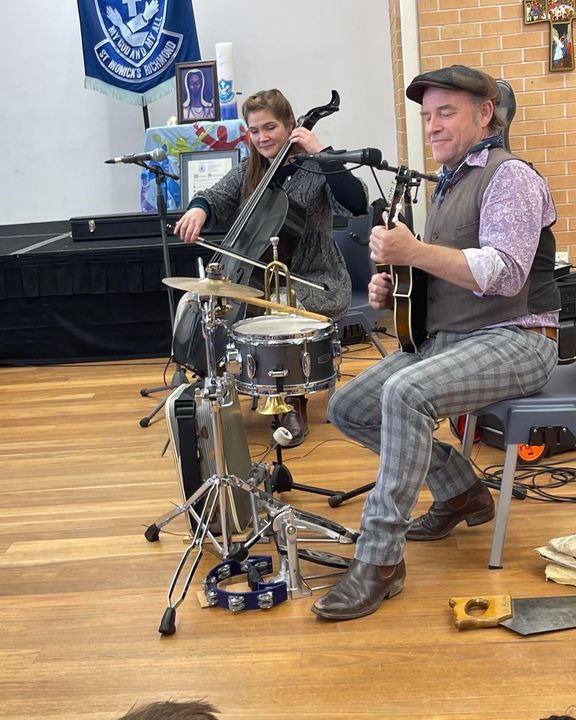 Our students had an exciting visit from Timmy and the Breakfast Band from Musica Viva. We learned about how music can help us express different feelings. We saw inside Timmy’s mind as he slowly learned to gain control of the music to make his daily breakfast routine go smoothly! 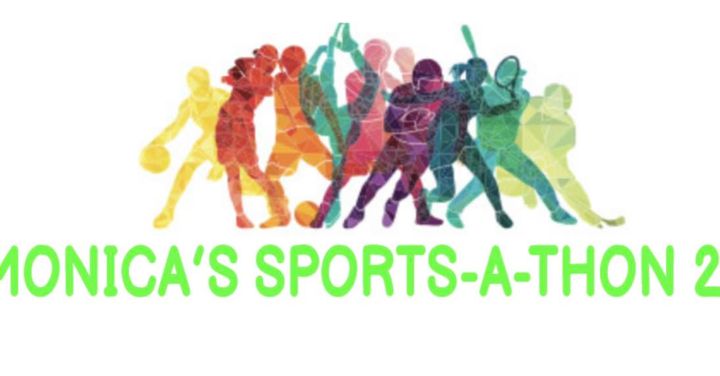 Have you heard???? This week information and sponsorship cards have been sent home with students. A tally will be done NEXT Wednesday to determine the highest fundraising stage… they will enjoy wearing mufti on the last day of term!!! Let’s get excited!!